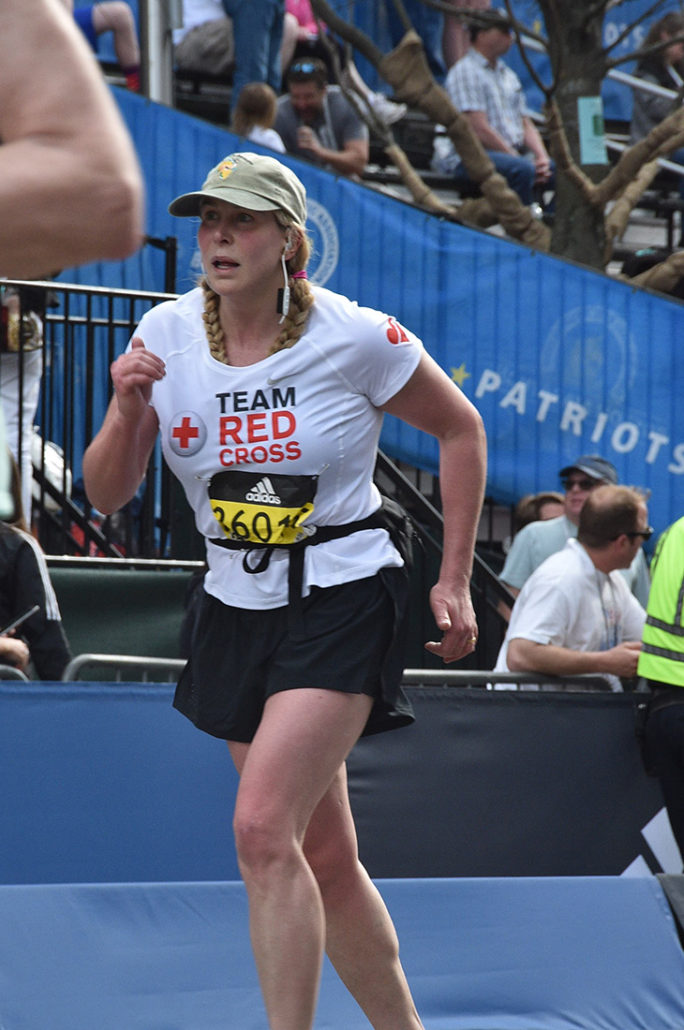 The Boston Marathon was a special challenge for me because I had never run a marathon, was recovering from shoulder surgery, and running goes against everything a high altitude mountaineer is taught from a conservation of oxygen point of view.

But it was for charity –and the American Red Cross at that – whose flag I had taken to the North Pole in 2013, the year of the Boston Marathon Bombings, which I dedicated to the incident. So if there was ever a marathon I was going to run it had to be Boston and it had to be for the American Red Cross, the largest and most efficient humanitarian charity in the world.

When I think back to 2013 what strikes me the most are the number of amputee victims. I grew up with a mother who had an amputated foot, and later a climbing partner who would lose his foot to frostbite. So, no matter how unfit I was, these individuals, who carried on with such tremendously great outlooks on life, even running marathons themselves, really said it all. There is no excuse. You have to put yourself out there and try. The people of Boston gave me courage to run this marathon and to make that finish line. I am very grateful.

The pictures below are from the Associated Press, Getty and BAA and give a sense of what it was like to be part of The Boston Marathon on Patriot’s Day 2017.